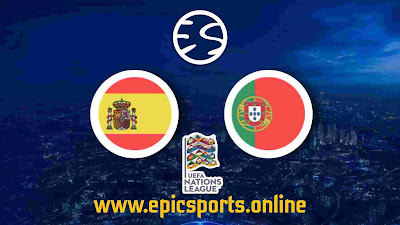 MATCH PREVIEW
Spain | WLWWWW 📈
Spain have been on a persistent run of goalscoring form, netting in each and every one of their last 6 games.
They’ve claimed a sum of 12 during that period and have conceded a total of 4.
Portugal | WWDLWW
A sequence of steadfast performances from the Portugal defenders has resulted in their ‘goals against’ tally standing at 3 from their last 6 clashes combined. Over that same time, their forwards have scored 14. That kind of pattern isn’t assured to be carried forward into this game, of course.
🤜🤛 Head to head
Looking at the statistics for their head to head meetings going back to 29/06/2010, both clubs have shared the honours with Spain winning 1 of those games, Portugal 1 and 4 being draws in regulation time.
A combined total of 11 goals were scored between them throughout the course of those matches, with 4 for La Furia Roja and 7 being from A Selecção. This gives an average number of goals per game equal to 1.83.