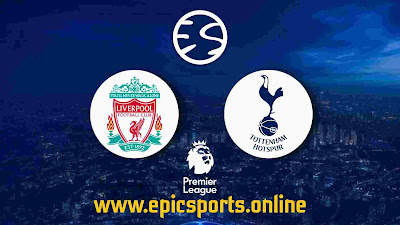 MATCH PREVIEW
Liverpool | WWWWWW
Liverpool will be looking for another win after a 2-3 Champions League success against Villarreal.
In that game, Liverpool managed 56% possession and 15 attempts at goal with 5 on target. For Liverpool, the goals were scored by Fabinho (62′), Luis Díaz (67′) and Sadio Mané (74′). For their opponents, Villarreal CF got 5 shots on goal with 2 on target. Boulaye Dia (3′) and Francis Coquelin (41′) scored for Villarreal.

Their latest results highlight the fact that things are going according to plan in the Liverpool defence. Liverpool have kept it tight, seeing the total number of goals that have gone past their goalkeeper over the course of their last six games standing at 4.
A look at their previous results shows us that Liverpool:
haven’t been beaten in the league by Tottenham Hotspur in their previous 8 games. A long run without a loss.
are undefeated in their previous 21 home league matches. It really has been a fortress.
Tottenham Hotspur | WWWLDW
Tottenham Hotspur will come into the match after a 3-1 Premier League win with the eclipse of Leicester City in their most recent game.
In that game, Tottenham Hotspur managed 39% possession and 13 attempts at goal with 7 of them on target. For Tottenham Hotspur, goals were scored by Harry Kane (22′) and Heung-Min Son (60′, 79′). Leicester City had 7 shots on goal with 2 of them on target. Kelechi Ịheanachọ (91′) scored for Leicester City.
A succession of hard-working displays by the Tottenham Hotspur defence has seen their ‘goals against’ tally standing at 4 from their last 6 clashes in total. Over that same time, the number of goals that they have scored themselves amounts to 15. That sort of pattern isn’t assured to be carried forward into this next game, though.
Leading up to this clash, Tottenham Hotspur:
have not beaten Liverpool in games played away from home for the previous 10 matches in the league. Not an away record to be proud of.
are unbeaten in their previous 3 away league matches.