In football, Yellow cards have been an inevitable part of modern football with some players becoming totally familiar with the referee’s notebook.

A yellow card is shown by the referee to indicate that a player has been officially cautioned. The player may continue playing in the game; however, if they receive a second caution in a match, they are sent off by showing the yellow card again, and then a red card!

Football is a very emotional game and thus the players usually go out of their minds and commit fouls that harm others on the field of play. Yellow cards were introduced in the 1970 World Cup half a century ago.

Players are booked with a red card because of a tactical foul, dissent, or these days, for simulation.

With all these in view, it is extremely difficult to encounter a football player that has never been booked (even a yellow card) in their entire playing career.

Even the most gentle and cool tempered players occasionally do go off, become moody, act with some rash impulse and the excessive flow of adrenaline. There are many ways in which footballers can pick up a yellow card in football.

Here are the players with most yellow cards in football history;

Notable booked players are Sergio Ramos with double figures for both yellow and red cards (he is now the most cautioned player in UCL history). 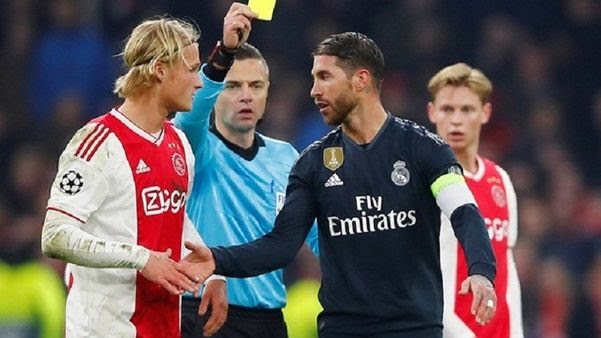 Sergio Ramos García, born 30 March 1986, is a Spanish professional footballer who plays for and captains both .

Ramos is widely regarded as one of the best defenders of his generation, and has also received praise for his passing and goalscoring capabilities

The former Real Madrid captain picked up 259 yellow cards in 873 games  and was sent off 26 times at club level alone. More than 200 bookings were picked up by just two other players in this millennium, who also spent a long time in Spain. Ramos is recognized as the player with the highest number of yellow cards. 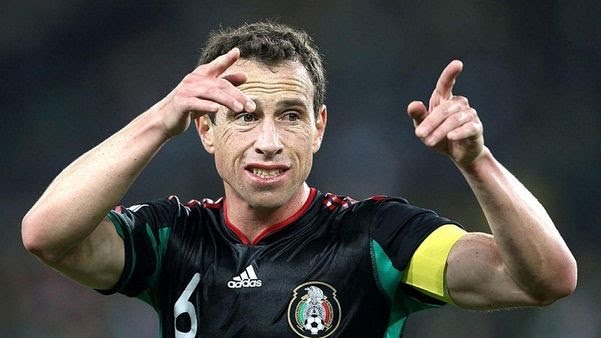 He is known as “El Borrego” (“The Sheep”) for his bushy hair. His style of playing is commonly known to be rough in the field but with good recovery of the ball and effective passing abilities.

Born in Mexico City, Torrado began his career with UNAM in 1997. After a few years playing in Spain, he became a Cruz Azul player in 2005, débuting against Monarcas Morelia where he scored the two goals in the 2–0 win for Cruz Azul.

He rapidly emerged as one of the most important players in the squad. An aggressive midfielder, Torrado has gotten many red and yellow cards in his career.

He has captained the team since 2006, and has led the team to three league finals and a CONCACAF Champions League final in 2009, and on 26 April 2014 he became CONCACAF champion for the first time in his career with Cruz Azul.

The Mexican picked up 147 and 13 reds during his time at Cruz Azul. A short spell at Sevilla earned him seven yellows and two reds so it’s sensible why his name is on the list of the most yellow cards in football history. 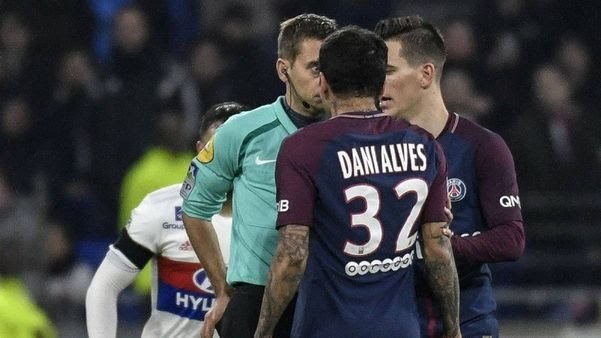 The most decorated player in football history, Alves’ career in European football saw him become arguably the finest full-back of his generation, collecting a wealth of major honors at super-clubs including Barcelona, Juventus and

It would be at the former where he would truly thrive, however, winning six domestic league titles and the Champions League on three occasions, and he would become a familiar name to both opposition sides and European referees.

Alves would be cautioned on 27 occasions throughout his Champions League appearances, including in Barcelona’s 2011 final victory over Manchester United at Wembley. Alves is among the players with the highest number of yellow cards. 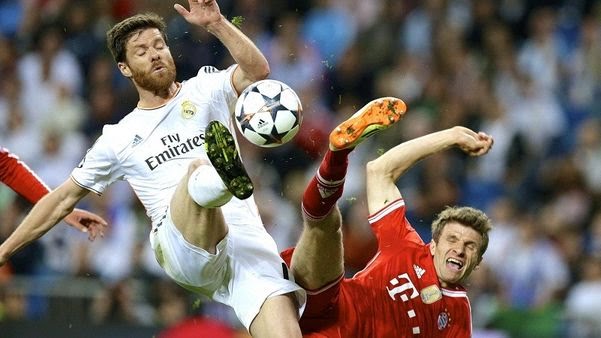 Xabier Alonso Olano, born 25 November 1981, is a Spanish football manager and former professional player who played as a central midfielder. He is the manager of Segunda División B club Real Sociedad B.

Against Chelsea, Alonso received a yellow card in a tense and scrappy 0–0 draw at Stamford Bridge, making him suspended for the following fixture. Alonso was distraught that he would miss the game and vehemently contested the referee’s decision to no avail.

Gerrard returned from injury for the second leg, however, and the captain steered his team to a 1–0 win with the help of a Luis García goal, qualifying for the final against Milan.

One of the most technically gifted footballers in history picked up almost 200 yellow cards to get a place on the list of the players with the highest number of yellow cards. 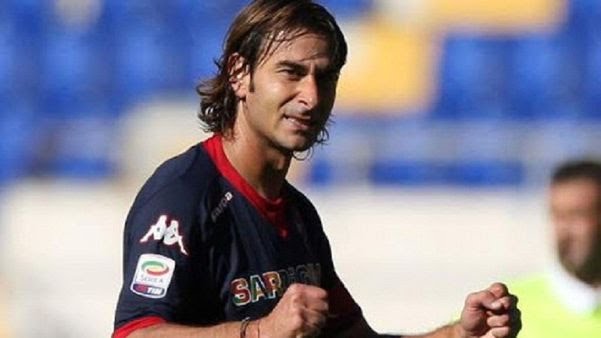 Daniele Conti, born 9 January 1979, is an Italian football manager and former player, who played most of his career for Cagliari as a midfielder; he currently works as a co-ordinator for the club’s youth side.

He is the son of former A.S. Roma and Italy star Bruno Conti, and the younger brother of fellow footballer Andrea Conti.

Contini played for a whole host of Italian clubs and it looked his sole responsibility was to kick people. His most yellows came at Parma, where he received 36 and was recognized as one of the

players with most yellow cards in football history. 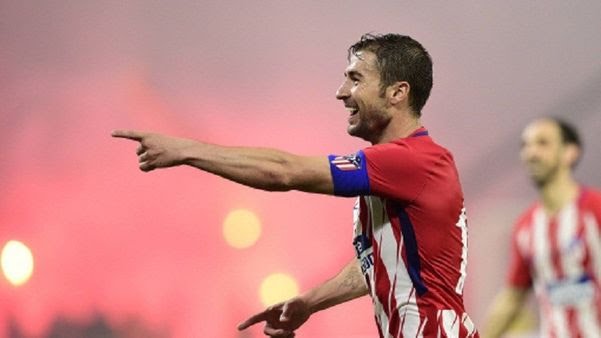 Gabriel Fernández Arenas, born 10 July 1983, known as Gabi, is a Spanish professional footballer who plays as a defensive midfielder.

Gabi was born in Madrid. A product of Atlético Madrid’s youth system, he was seldom used during his debut season with the Colchoneros’ first team.

Gabi had no doubt to please Diego Simone at Atletico Madrid by picking up 122 yellows and eight reds to be recognized as a player with most yellow cards in football history and at the club! 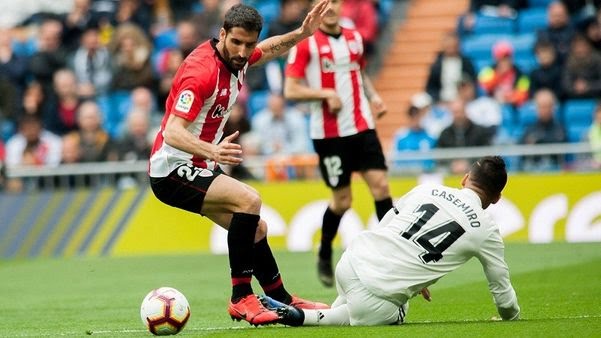 Raúl García Escudero, born 11 July 1986, is a Spanish professional footballer who plays for Athletic Bilbao mainly as an attacking midfielder but also as a central midfielder.

In July 2007, after helping Osasuna to the semi-finals of the UEFA Cup with one goal in 12 games, García signed a five-year contract with Atlético Madrid, reuniting with former boss Aguirre upon the €13 million deal.

Garcia is still at Athletic Bilbao and could move up the list of the players with the most yellow cards in football history between now and the time he retires. 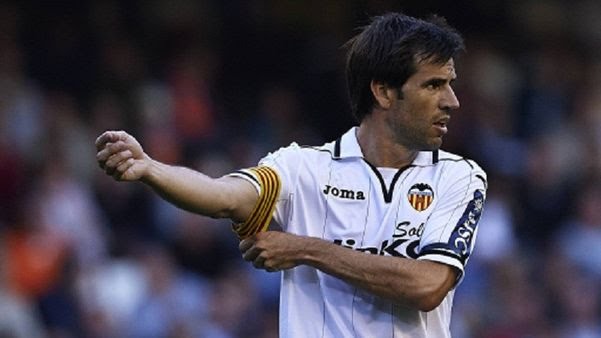 David Albelda Aliqués, born 1 September 1977, is a Spanish retired footballer who played as a defensive midfielder, and was hired as the manager of Atzeneta UE.

He played mainly for local Valencia during his extensive professional career, being team captain for over a decade and appearing in 480 competitive matches.

Born in La Pobla Llarga, Valencian Community, Albelda started his career as a central defender with local UD Alzira and, after having served two separate loans with Villarreal CF, also in the region, returned for good to first professional club Valencia CF in the 1999–2000 season.

He played a major role in a squad that was crowned La Liga champions in 2002 and 2004. At the same time, Albelda booked 183 yellow cards during his career, while 177 of those yellow cards came at Valencia. Albelda is acknowledged to be one of the players with most yellow cards in football history. 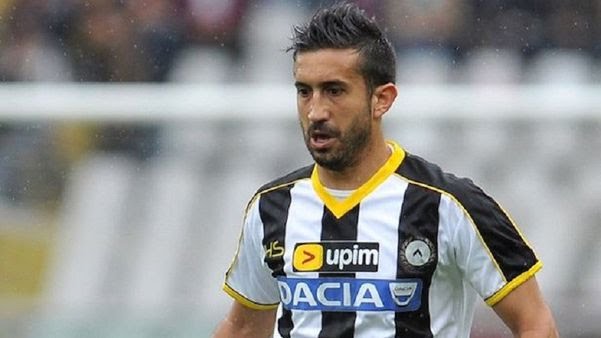 Giampiero Pinzi, born 11 March 1981, is an Italian former professional footballer who played as a midfielder.

With the U-21 Italian team, Pinzi won the 2004 UEFA European Under-21 Championship and a bronze medal at 2004 Summer Olympics. He made his senior international debut and only cap for Italy in 2005.

After one-year with S.S. Lazio in the Serie A signed with League rival Udinese Calcio. Pinzi just booked 119 yellows and 13 reds while at Udinese. So, he is a soccer player with most yellow cards of all time which is quite impressive. 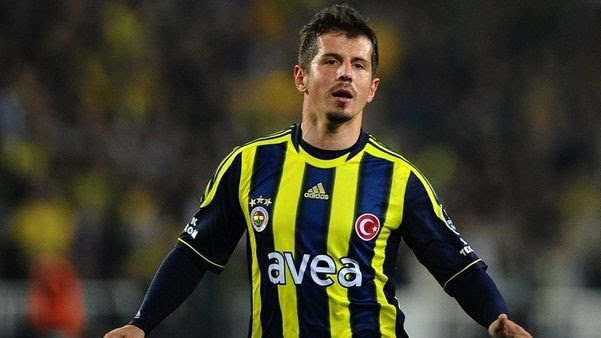 Emre Belözoğlu, born 7 September 1980, is a Turkish former professional footballer who played as a midfielder. A playmaker, his past clubs include Galatasaray, Inter Milan, Newcastle United, Atlético Madrid, İstanbul Başakşehir and Fenerbahçe.

As a versatile midfielder, Emre is capable of playing in the middle of the pitch as a central midfielder, as an advanced playmaker, or even on the left.

As one of the soccer players with most yellow cards of all time, Belözoğlu is mainly known for his technical ability and tactical sense who has booked 181 yellow cards during his career.