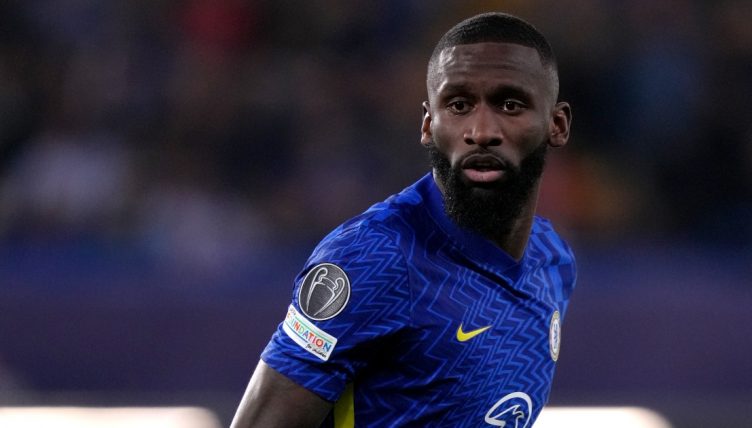 After another successful summer transfer window, Chelsea now have one of the strongest squads in the Premier League.

Thomas Tuchel’s side have great depth in almost every position but some of their players face an uncertain future at Stamford Bridge.

We’ve taken a look at six Chelsea players who currently have less than a year left on their contract.

Christensen faced an uncertain future before Tuchel was appointed as Chelsea manager but has been enjoying the form of his life in 2021.

He played a key role in their Champions League success, producing imperious displays in the semi-finals against Real Madrid before coming off the bench in the final.

The Denmark international might not be on this list for much longer as he is reportedly closing in on a new £120,000-per-week deal.

“I know a lot is being said right now. I cannot say too much, but I think it looks good,” the 25-year-old told Danish outlet Ekstra Bladet earlier this month.

“We have won the Champions League and the Super Cup. I am very happy to be in the club and feel Chelsea are the right place to be in England. I know Thomas Tuchel believes in me. I have also played a big role since he came.

“I had a very difficult period under Lampard, shortly before he was fired. Now, luckily, it’s going the right way for me. But yes, things can go fast in this world.  The most important thing is just that I have never given up.”

Rudiger fell out of favour during Frank Lampard’s reign but has turned things around under Tuchel, establishing himself as one of the best centre-backs in the Premier League.

According to reports, the Germany international now wants his Chelsea wages to increase from £130,000-a-week to £200,000-a-week.

He remains in talks over a new contract at Stamford Bridge but has also been linked with the likes of Bayern Munich and Real Madrid.

“I hope that they find a solution but it’s not only between coaches and players,” Tuchel said. “It’s between the club and the player’s agent.

“He plays excellent for a long time – very consistent [and] at a very high level. I feel him very calm, very focused and it’s obviously not a distraction for him.

“So give things time – sometimes it needs a bit longer, sometimes things get very fast. There’s no news from my side.” 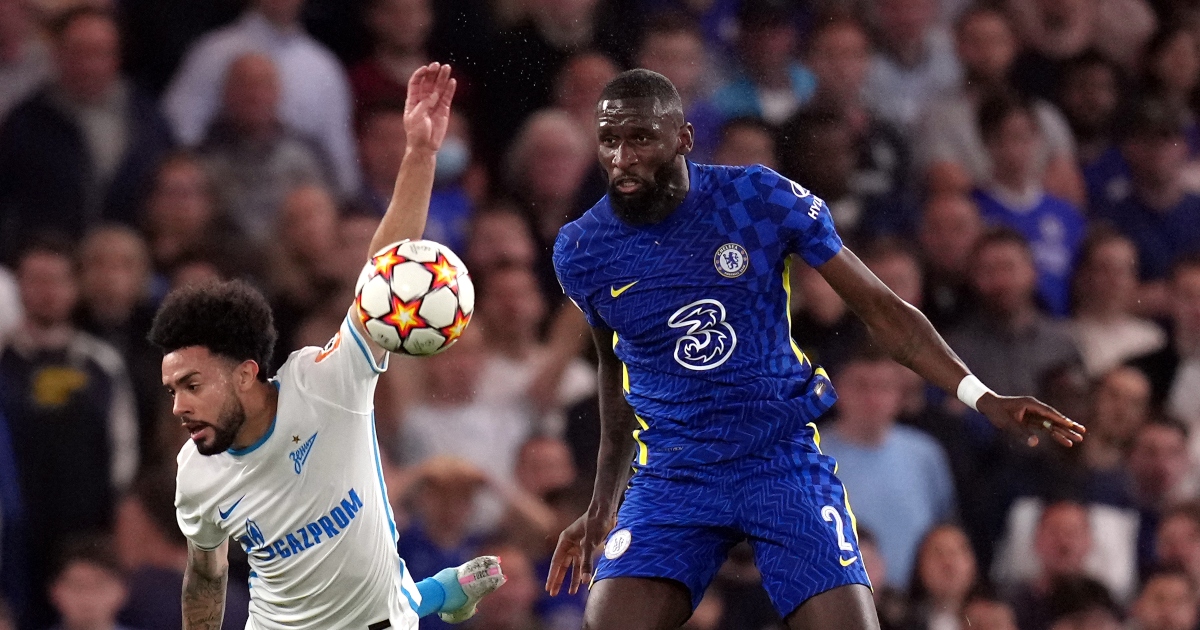 A Chelsea stalwart, Azpilicueta is now into his 10th season at the club and has made over 400 appearances in all competitions.

The club captain remains a key player under Tuchel and is hoping to extend his stay at Stamford Bridge.

“I don’t have any concerns,” Azpilicueta said earlier this month. “I feel fully trusted by the club since I arrived. At the moment, it is true that my contract ends in June but I just focus on what’s next to train and play the best I can. Everything will take care of itself.

“I don’t need to say anything more. I have to keep doing what I am doing and it will come by itself. Of course, I love to be here, I feel loved since I arrived and my aim is to be here for as long as I can.”

Silva arrived at Chelsea as a 35-year-old free agent amid doubts from some whether he could make an impact on the Premier League.

The centre-back had a disastrous debut but eventually managed to prove his critics wrong, making 34 appearances in all competitions as Chelsea finished fourth in the Premier League and won the Champions League.

He signed a one-year contract extension in the summer and continues to impress in 2021-22, recently producing a Man of the Match performance in their 3-0 win over Tottenham.

“It’s on him,” Tuchel said when asked if Silva could sign another new contract. “He has to perform at this kind of level and that’s all he needs to stay here.

“It’s as easy and clear as that. When you play for Chelsea, you need to deliver and that is what he is doing. He is a top professional and if he wasn’t, it wouldn’t be performing at that level for many years.

“The age does not play a role. The only question we have to ask at the end of the season is this: Is he at the level that we need at Chelsea to compete in every competition? We have time for that, and we don’t have to answer that right now.”

Once tipped to become a Chelsea and England regular by Jose Mourinho, Baker has failed to live up to those expectations.

Since making his first-team debut under Mourinho in January 2014, the midfielder has had eight different loan spells away from Stamford Bridge.

A ninth loan move failed to materialise in the summer, and he has not been registered in Chelsea’s Premier League and Champions League squads.

The 26-year-old is currently playing with the Under-23s and will need some luck if he’s to add to his one senior Chelsea appearance. 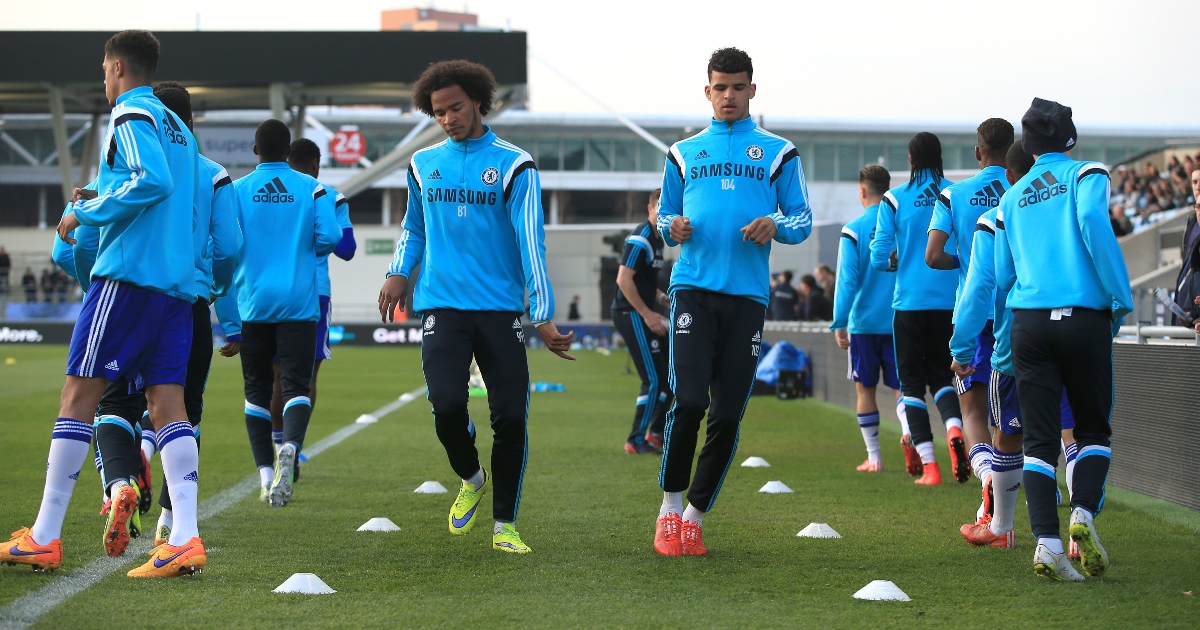 Musonda was just 15 years old when Chelsea reportedly beat the likes of Barcelona, Real Madrid and Manchester United to his signature in 2012.

He spent the next few years developing his skills in their famed academy, winning two FA Youth Cups and the UEFA Youth League.

The Belgian scored on his first Chelsea start in an EFL Cup tie against Nottingham Forest in September 2017 and was tipped for a bright future at Stamford Bridge.

But he suffered a posterior cruciate ligament injury during a loan spell with Vitesse Arnhem in the summer of 2018 and has since made just four first-team appearances.

“It’s very difficult to have three years without being able to do what you really love,” Musonda told BBC Sport in May. “I would be lying to say that it’s been easy, but I’ve always known that some struggles are worth going through.

“I feel like a fighter now preparing for a boxing match. It would be an incredible comeback – an incredible story. Every day is part of the journey, every day a step closer to coming back. I’m on the right track.

The 24-year-old recently returned to action with Chelsea’s Under-23s but was left out of their Premier League and Champions League squads by Tuchel. Mbappe likely to Play Against Atalanta in the Champions League