Chelsea are open to offloading Hakim Ziyech this summer after just one season with clubs in Italy interested in him, according to reports.

Ziyech moved to Stamford Bridge from Ajax last summer and went on to make 39 appearances across all competitions, but it is said the club may consider cashing in on him already.

Calciomercato claim that Napoli are weighing up a bid, while AC Milan have also touted to swoop.

Despite scoring six goals and teeing up four others, Ziyech often struggled to cement his spot in boss Thomas Tuchel’s starting XI.

The Morocco international has shown moments of real quality but, after starting just 15 Premier League games and three in the Champions League, question marks have been raised over his long-term future.

He was also left out of the team for the two semi-final legs against Real Madrid and the final in Porto. AC Milan, meanwhile, are another Serie A club on the hunt for reinforcements in this window – although they, alongside Napoli, have not yet made a formal approach.

The Blues are expected to bring in four new players, and as many of 11 stars on the fringes could be shown the exit door. 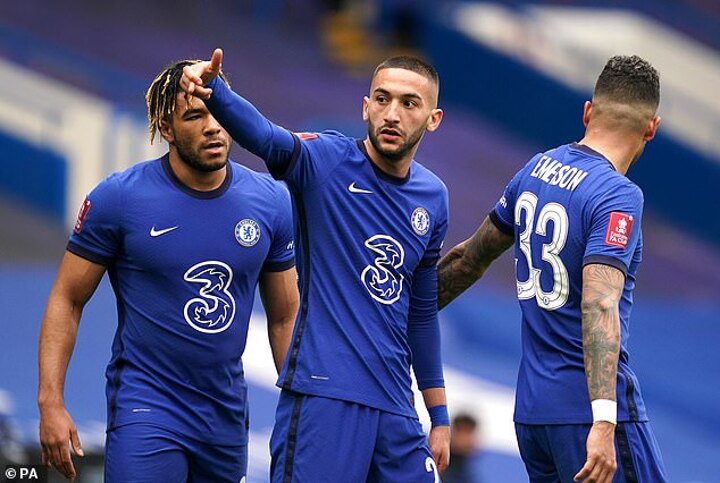 Tammy Abraham may leave in an overhaul of the club’s attacking ranks while Olivier Giroud was also expected to depart.

AC Milan are believed to have made contact with the former’s entourage, while Aston Villa, West Ham and Wolves are in the race for ace Abraham.

Giroud, however, recently signed a one-year extension to stay in west London in a surprise move.

Christian Pulisic, a forward often fielded ahead of Ziyech, is believed to be keen to feature in games from the start.

That situation may well come to a head in the future but, with his future up in the air, it is currently not known whether Ziyech will be handed the opportunity to step in and impress.